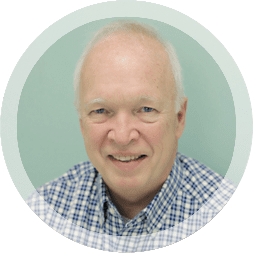 Dr. Thurston has been a pediatrician since 1975. He practiced in Morristown, Tennessee for seven years before moving to Maryville to join with Drs. Raper and Marmon at Maryville Pediatric Group. Six years later he began Foothills Pediatric Center as a solo practitioner. He expanded his office and merged with Knoxville Pediatric Associates in 1996.

Dr. Thurston is licensed by the state of Tennessee and certified by the American Board of Pediatrics.

Dr. Thurston is an American Academy of Pediatrics Fellow, and a member of the Blount County and Tennessee Medical Associations. He was Chief of Staff at Morristown-Hamblen Hospital and Blount Memorial Hospital. He served as President of the Blount County Medical Society and the Knoxville Area Pediatric Society. He is currently on the medical staff at Blount Memorial Hospital and East Tennessee Children's Hospital. He is the director of KPA's committee for electronic health records (EHR) and is their current president.